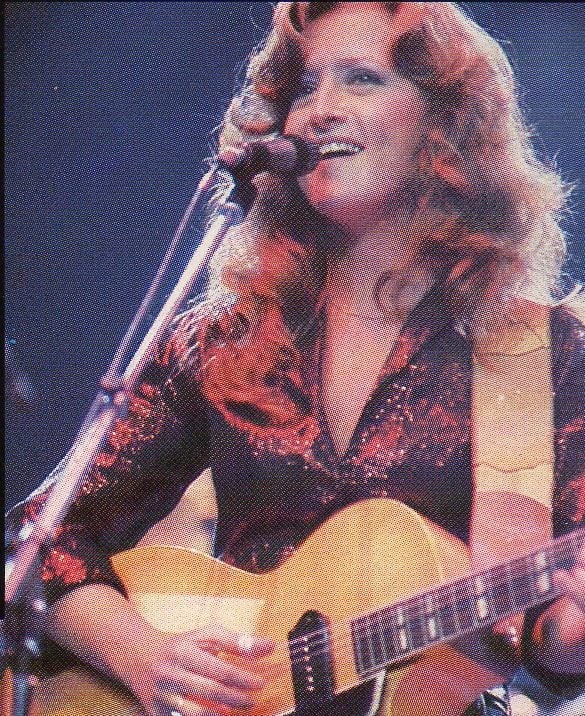 “The thread of justice, of treating each other right, is something I find in both human rights issues and the blues. The relationship between men and women — a basis of most blues — is the first place you learn about morality. About how to listen and how to stand up.”

My first aquaintance with Bonnie Raitt came from her contribution to the 1978 “No Nukes Concert,” a John Prine song called “Angel from Montgomery.” Since then, my appreciation of her soulful singing, mean bottleneck, flaming red hair and sincere commitment to giving back to the world have only deepened.

Bonnie was born on November 8, 1949, the daughter of Broadway star John and accomplished pianist Marjorie Raitt. She grew up in Los Angeles, and received her first guitar (a Stella) at age 8, a Christmas gift. Her career began after dropping out of Radcliffe in the late 1960’s. She played acoustic slide and sang the blues in coffeehouses and on college campuses around the country. By age 21, she landed a major-label deal. “No one was more surprised than I to get a record contract at 21,” she says. “Suddenly my hobby was my career.”

Though always a critical success, she remained largely unknown to mainstream audiences. By 1988, she had no record label, no band, and was seriously contemplating going back to the acoustic circuit. But a series of of lucky breaks that year brought a new contract with Capitol Records and an alliance with producer Don Was for Bonnie’s breakthrough album, the hugely successful “Nick of Time.” As well as being a financial success, the album garnered four Grammy Awards, including Best Album. “It was like winning the lottery,” she said.

Over the years, Bonnie has also kept pace in her “day job” — fundraising, benefits and activism in service to the causes she holds dear. “For the last nine years, the Rhythm and Blues Foundation has been a labor of love,” she said of the organization she helped found to improve the financial condition, recognition and royalty rates of a whole generation of R&B pioneers to whom she feels we owe so much.

In 1995, she initiated the Bonnie Raitt Fender Guitar Project with Fender and the Boys and Girls Clubs of America to encourage inner city girls to learn to play guitar. Proceeds from the sales of her Signature Guitar help underwrite the effort.

Also active in promoting anti-nuke awareness, specifically the issue of dumping nuclear waste on Native American lands, she continues to do concerts to support those causes, as well as in support of protecting our ancient growth forests and a woman’s right to choose.