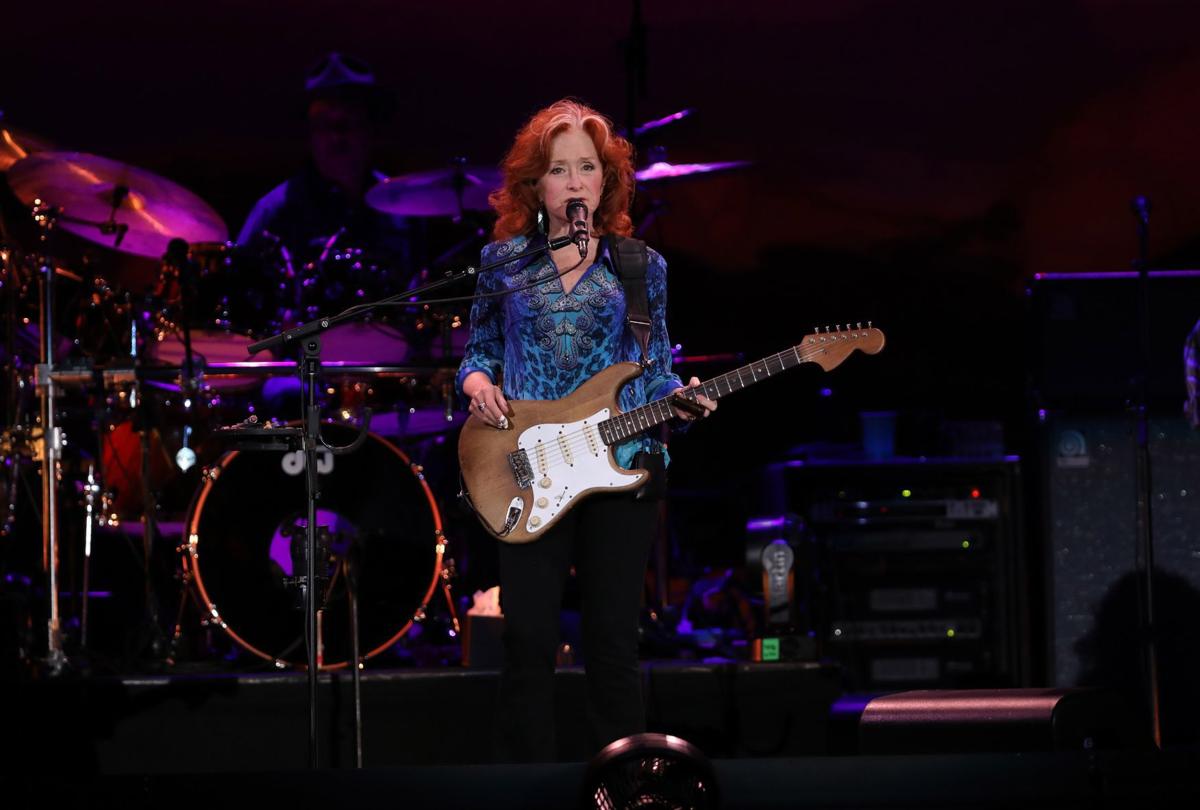 James Taylor has of course seen fire and rain.

He saw chill in Tulsa.

Fans at BOK Center chilled out Monday night in the presence of a legendary singer-songwriter who put the crowd between a soft rock and a mellow place.

At many shows, BOK Center is speckled with illuminated mobile phones because concert-goers seem more interested in snapping photographs or recording video than watching a live performance unfold.

This had a different vibe.

During Taylor’s two-hour gig, and a Bonnie Raitt set that preceded it, eyeball surveys of the arena indicated the overwhelming majority of folks in attendance chose to soak in all the “now” they could get instead of letting their phones be in the driver’s seat.

Good call. “Now” was good stuff, and it felt genuine, just like a pre-show introductory video suggested. Said Taylor in the video: “I don’t present a character. I don’t present a version of myself. I present myself.”

Taylor then proceeded to deliver a performance that felt intimate, never mind the large crowd and large venue. He engaged fans in conversation. He shared stories about songs and about his career, sprinkling in enough humor to make you presume that a performer with a serious body of work (over 100 albums sold and a recipient of just about every award there is to offer) doesn’t take himself too seriously. He said many of his songs mean something to him and, before one of them, said “This one, not so much.”

Ultimately, what Taylor did was stage a clinic on how to ratchet up a show for a strong finish. The pre-encore segment of his performance closed with a 1-2-3 punch of “Your Smiling Face,” “Shower the People” and “How Sweet It Is (To Be Loved By You).” Fans were content to sit and be serenaded for much of the show. They were standing and singing along with Taylor by the end of the stretch of songs referenced above.

Raitt joined Taylor on stage for the encore and they paid tribute to Chuck Berry by performing “Johnny B. Goode.” That would have been enough of a punctuation mark if the concert had ended right then and there. But Taylor went back to his sweet spot for “You’ve Got A Friend” and he partnered again with Raitt for a closer, “You Can Close Your Eyes.”

Have you seen a headliner do this before? Taylor walked on stage at the start of the opening set just to introduce Raitt — and himself.

“In case you don’t recognize me, I’m James Taylor,” he said. “I’m glad to be back in Tulsa. It hasn’t been that long — just a couple of years. We hope we are not coming back to the well too often.”

Taylor said it has been a great privilege to travel and perform with Raitt, whom he called his “very favorite performing musician.”

Issuing an advisory to fans who hadn’t yet seen Raitt perform live, Taylor said, “Buckle up because your ride is here.

Taylor then turned the stage over to Raitt, who name-dropped pals from the Tulsa music scene during a set that included her most recognizeable songs — “Something to Talk About,” “I Can’t Make You Love Me,” and “Thing Called Love,” which she sang with Taylor. Also in the set: An interesting cover of the INXS song “Need You Tonight.”

Raitt said she was happy to be on the road with Taylor and called it a match made in heaven.

Taylor said he took a photo of himself next to a Garth Brooks picture in his dressing room and texted it to Brooks. Taylor called Brooks a dear friend. “Hello to any friend of his who might be in the audience,” Taylor said.

That story was not, as a giddy person across the aisle hoped aloud, a lead-in for Taylor to cover a Brooks song.

Taylor had plenty of his own gold to spin, beginning with “Carolina in My Mind” and continuing with songs like “Mexico,” “Sweet Baby James,” “Something in the Way She Moves” and “Fire and Rain.” It was all wonderfully chill.

By Wythe Walker If you came of age in the cultural crucible of the late 1960s, like most of the crowd