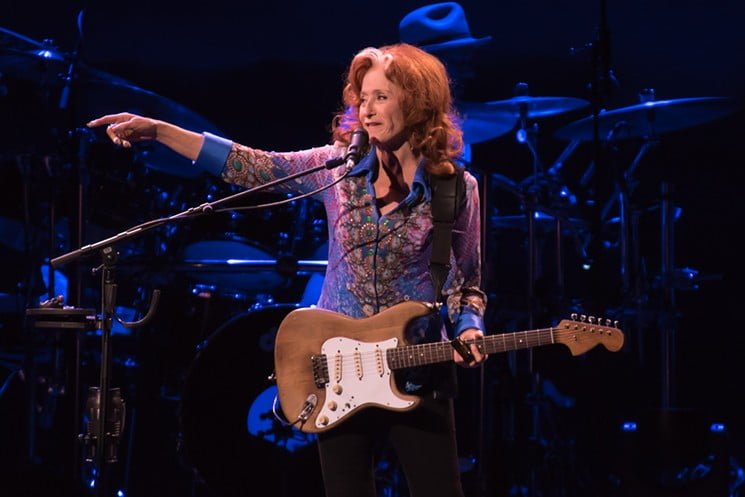 Houstonians had other entertainment options other than live music on a Tuesday night, with the red-hot Astros barreling towards the playoffs and playing at Minute Maid just up LaBranch Street from Toyota Center. This was apparent, as the arena was not sold out for two legendary performers. Many fans were still wrapping up their early-bird specials as James Taylor sauntered onstage and greeted the crowd with, “Houston, welcome to the James Taylor and Bonnie Raitt Summer Tour. You got the right ticket.”

He then brought his tourmate and her band up onstage. The 11-time Grammy winner’s flaming red mane with the white spot up front makes her look more like a Marvel superhero than a badass blues guitarist.

Before the band broke into a folksy-rock cover of INXS’s “Need You Tonight,” Raitt spoke of being back in the land of Urban Cowboy, reminiscing about being in the classic film: “My liver is just now starting to recover.” If her liver was having issues, it had no effect on her voice or guitar playing; both were flawless and impeccable.

As the band started playing a mashup of Chaka Khan’s “You Got the Love” and “Love Sneakin’ Up On You,” a handful of people too smart for their own good left their seats to go to the restroom and/or grab a drink before the massive intermission crowds hit, but they missed a big surprise — the last song of her set, when Taylor came out with an electric guitar to accompany Raitt on “Thing Called Love.” The two legendary singer-songwriters meshed perfectly together, neither of them stealing the spotlight from the other. 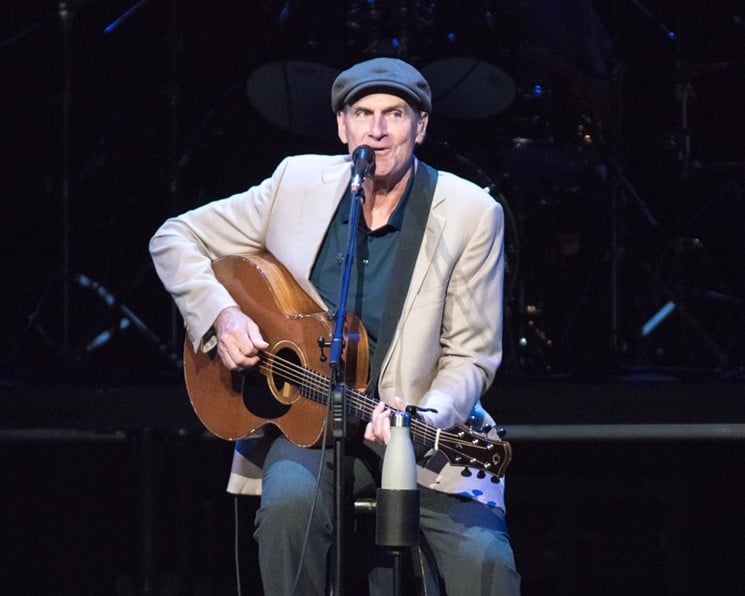 Taylor emerged from the break to take a seat in front of the incredible stage, a large LED backdrop supplemented by several smaller screens of various sizes that floated across the stage. The great storyteller thanked everyone for bringing him back to Houston and started the set with “Carolina On My Mind.”

Someone screamed “Sweet Baby James!” Taylor said, “we will play that” and held up a huge set list, at least three and a half feet tall, and pointed towards the bottom. “It’s down here,” Taylor said. “We are up here still, but I’ll remind you when we get there.” The 69-year-old performer seemed to truly be in his element during the “Steamroller” jam session moving across the stage like one of those whippersnappers at the Warped Tour. Upon catching his breath, he thanked the crowd for indulging the group during a “shameless display of pseudofunk.”

The crowd was seated for most of the show but gave standing ovations after “Sweet Baby James” and “Fire and Rain.” Taylor must have thought this was the old Summit building, because he took the Toyota Center to church during the gospel sounds of “Shed a Little Light.” Like a trail of annoying sugar ants, by then people had started streaming up the stairs. It was definitely past some bedtimes.

Taylor brought out Raitt again for the encore and shredded the guitar during a Chuck Berry tribute of “Johnny B. Goode.” Taylor then sung “You’ve Got a Friend” and appeared to walk offstage, only to grab Raitt for one more unexpected closing tune. As the duo sat signing, “You Can Close Your Eyes Now.” tears streamed down many faces while some couples held each other tenderly. As fans left the building just after 11 o’clock, the weary faces gave proof of the energy they emitted during the show, even if they sat through most of it. 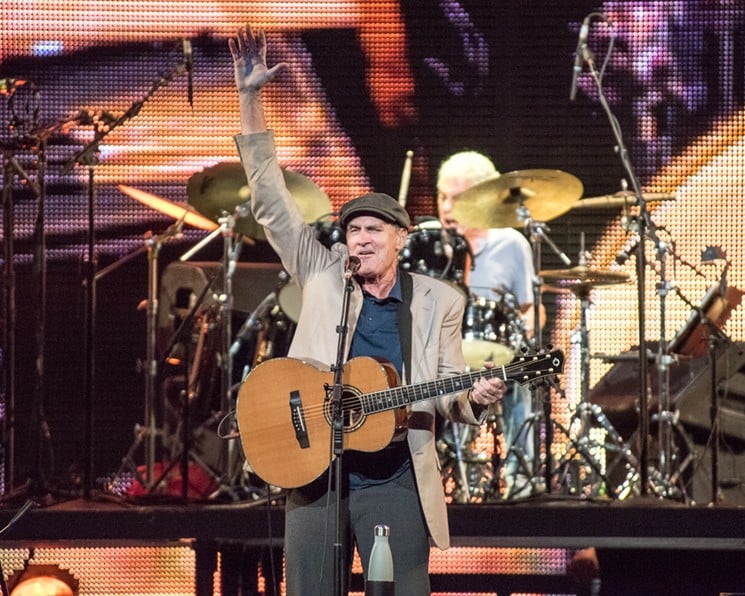 Bonnie Raitt draws from a lifetime of music

by Andrew Dansby   Bonnie Raitt's "Unintended Consequence of Love," which opens her latest album, "Dig in Deep," is obviously sung from