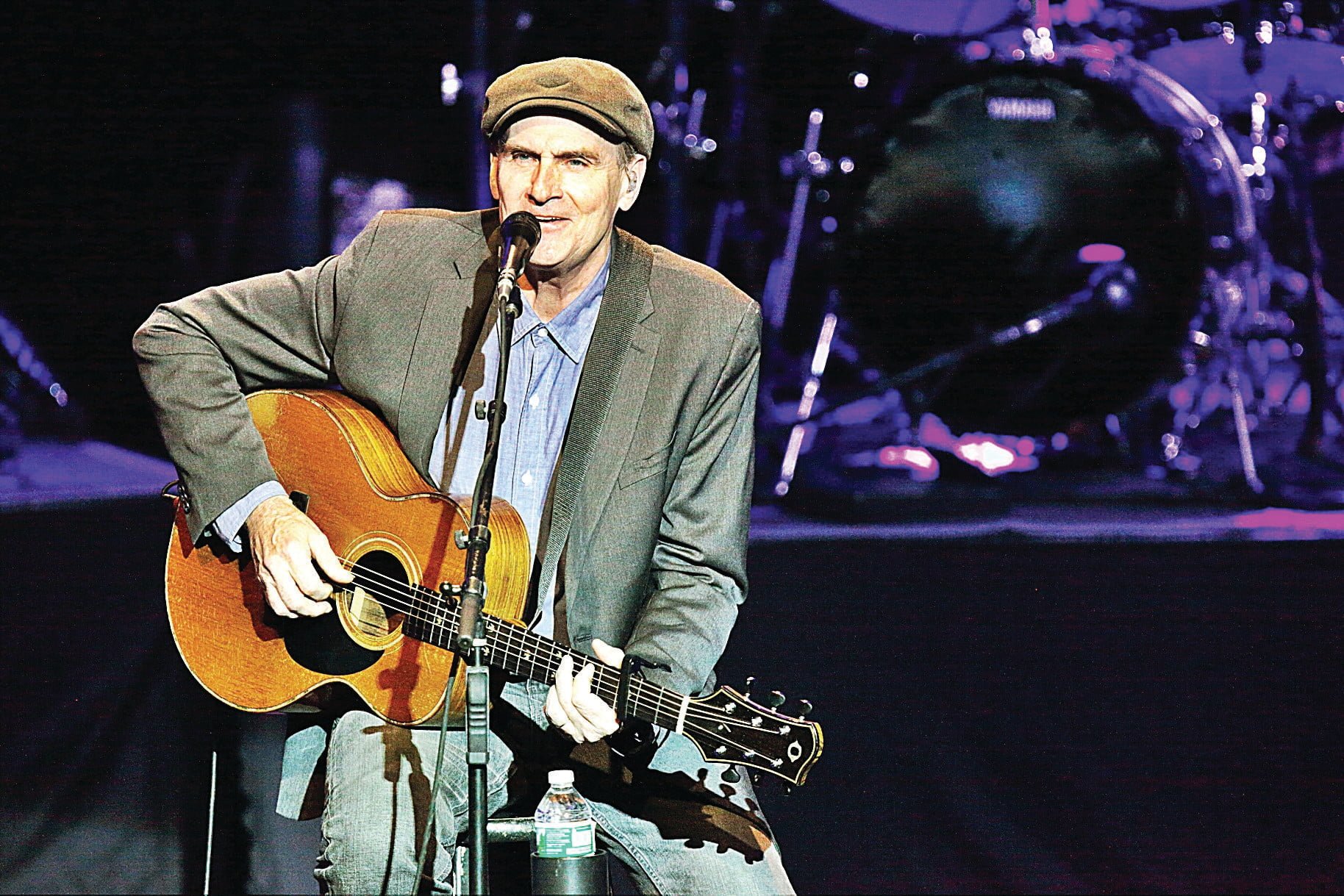 By Clarence Fanto, Special to The Eagle

LENOX — At some point during his Tanglewood shows on Monday and Tuesday night, James Taylor will bring on a surprise guest to share the spotlight before a capacity crowd of about 18,000 ardent fans.

In this March 7, 2016 photo, singer Bonnie Raitt poses for a portrait in New York to promote her new album, “Dig In Deep.” (Photo by Drew Gurian/Invision/AP)

Singer-songwriter Bonnie Raitt, an old friend of Taylor’s since they first performed together in Cambridge in 1970 when she was a Harvard junior and a newly minted blues singer, is a natural for a joint appearance, since they are about to launch a six-week national tour of 17 cities, including several baseball stadiums. They’ll be returning to Fenway Park for Taylor’s third annual appearance there — Raitt joined him in 2015.

A limited number of tickets were available for the 8 p.m. shows on Monday and Tuesday, as of Saturday morning. The Independence Day performance, with proceeds donated back to Tanglewood by James and Kim Taylor, is followed by the annual fireworks show over Stockbridge Bowl.

Recalling her first gig with Taylor 47 years ago, Raitt said in an Associated Press interview, “I was nervous to play because I hadn’t really broken my chops in for concerts that much. But I was so excited. It was an honor to be both at my school and opening for him. He couldn’t have been warmer and more friendly. It was intimidating to meet one of my heroes, but he was just so down to earth.”

About to make his 25th set of appearances at the Boston Symphony’s summer home since his debut there in 1974 with Linda Ronstadt as the opening act, Taylor emphasized that “Tanglewood has been this incredible part of my professional life.”

Since the turn of the century, he has returned annually, with rare exceptions, and he credits his wife, Kim — a former BSO executive and current trustee — “for opening my eyes to Tanglewood and bringing me back here. It’s a great connection, one of the best things that’s ever happened to me.”

With keen anticipation, he discussed the upcoming tour, which begins Thursday at the Prudential Center in Newark, N.J.

“I’ve been aware of Bonnie and her music since she started,” he said. “She was an early musical friend since we performed together on Martha’s Vineyard in those great days when it was a destination for artists and intellectuals who wanted a cheap vacation. I’ve been eager to play with her some more since that first show at Fenway.”

This week, Taylor and Raitt have been rehearsing at the 17,000-seat Times Union Center in Albany, N.Y., which can accommodate the elaborate staging needed for the large arenas and stadiums where they’ll be performing, including Nationals Park in Washington, D.C., Wrigley Field in Chicago and AT&T Park in San Francisco. The tour ends at Fenway on Aug. 11.

Tanglewood audiences will get a sample of their vocal collaboration because, as Taylor pointed out, “it doesn’t have room for the staging we’ll be taking around the country, since it’s primarily an acoustic musical house.”

“The tour staging is not very complex, with some beautiful aspects like LED screens for the amazing colors you want to paint on them,” he said. “For me, it’s sort of a new visual level for the show.”

“The staging can be a beautiful thing to see, but you want to be careful not to distract from a musical evening, that’s always what we’ve done,” he added. “We focus on the music and that’s what brings the audience back, to hear this band play these songs.”

The plan for the tour is for Taylor, 69, and Raitt, 67, to do individual one-hour sets and then join forces.

“The affection between us is so clear and so palpable,” she said. “Our two bands love each other. James and I are both social activists and we’re really proud that a dollar of every ticket will be donated to various causes.”

Since much of Taylor’s appeal to his multi-generational audiences is based on close connections and an intimate atmosphere, he acknowledged that in a large stadium or arena, “it’s more challenging to maintain rapport. It’s a different kind of performance, the size of the venue does change things. You’re still playing to the people immediately in front of you, responding to what they yell out, but there’s a sense that you’re performing in bolder strokes.”

Taylor, who still spends about half the year on the road, counts on the spontaneous feedback from listeners.

“The actual intensity of the emotional connection with the music can’t be predicted,” he said, “and that’s the beauty of a live performance; something the audience creates in their reaction and their appreciation of the music. It’s really a spectator-participation event, so the main thing is to acknowledge and emphasize that, and work with the fact that it’s happening one night only, in this moment.”

“What you lose in trading off intimacy, you gain in the remarkable nature of 40,000 people coming together in a common experience,” Taylor said.

“Performing in big places has its own special magic; it’s surprising how intimate and how interpersonal it can be.”

“In a way, touring is much simpler than civilian life,” he wrote recently on his website. “Much easier to see the priorities. It’s like being on a boat at sea, a functional existence: everything organized around moving through the water and staying afloat.”

This fall, Taylor will come off the touring circuit, retreating to the Berkshire family homestead in the town of Washington, and The Barn, a state-of-the-art recording studio, to begin work on his next album. It’s a collection of songs he came to love while hanging out with his pals and the band he formed with his brother, Livingston, during their high school years in Chapel Hill, N.C.

“I’ve lived with those early songs for such a long time, they’ve worn such a groove in my brain,” he said. “I really want to record some of them, basically a guitar and voice interpretation of these classics.” After “picking a whole bunch,” Taylor will whittle them down to about an hour of tracks that inspired him as part of his early musical education.

But he’s keeping the release date flexible following the lengthy gestation of his most recent album, “Before This World,” in June 2015, his first recording of original material in 13 years.

The Concord Music CD, vinyl LP and download was his 17th studio release was the first to hit No. 1 on the Billboard album chart, but he had to hole up in Newport, R.I., isolated from the outside world, in order to finish writing the songs.

“It has to be open-ended,” Taylor acknowledged. “I’ve learned my lesson over and over again. When you set a deadline and book a tour to support it, you always blow through the deadline, finishing the album without a tour after having a tour without an album.”

“I don’t know how these songs will find their way into my live performances,” he said. “I’m going to take it as it comes, we’ll have our first sessions in late September and see how many tunes we can get done in a week. Then we’ll book another week, start mixing things in, and then we’ll talk to a record company.”

At the moment, however, Taylor is focused on his concert tour. When asked whether the current political climate affects his performances, he expressed major misgivings, to put it mildly, about the current administration.

But, he declared, “mine is not a political show in any way, shape or form. I don’t judge anyone’s politics; it’s not my role, and I do think my show is a politics-free zone. I’m a citizen, interested and concerned, and I do get involved in the election process whenever I’m invited to. But my typical citizen’s knowledge of where the government is going is no more valid than anyone else’s. I don’t use the bully pulpit.”